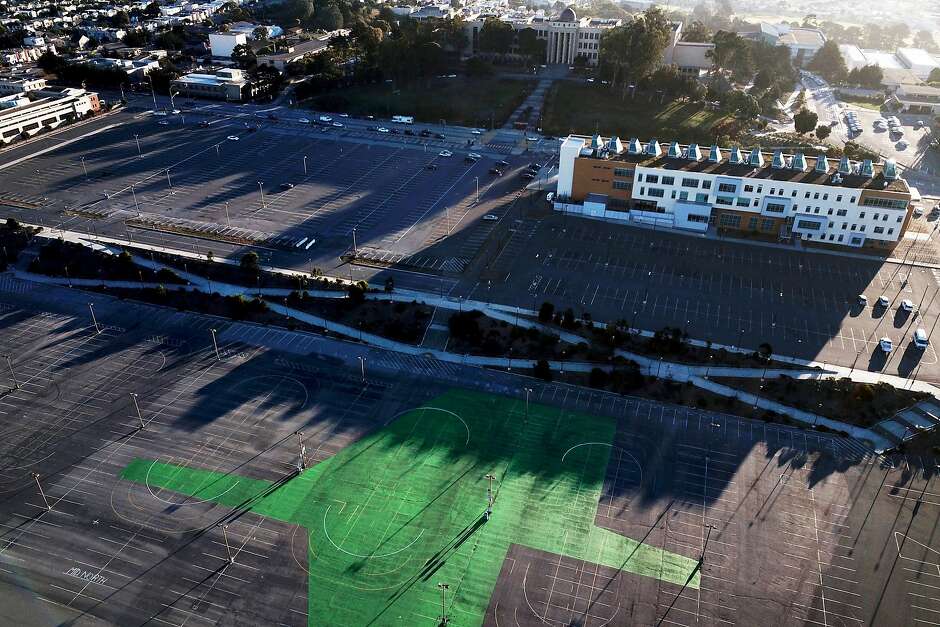 The Balboa Reservoir — now a parking lot for students at City College of San Francisco — will be developed into 1,100 units of housing, 550 of them affordable.
Photo: Santiago Mejia / The Chronicle

San Francisco’s west side will get its biggest influx of housing in several decades, after the Board of Supervisors Tuesday approved more than 1,000 new units on the Balboa Reservoir site.

The board voted to rezone the 17-acre property off Ocean Avenue. The agreement allows the developers —BRIDGE Housing, AvalonBay and Mission Housing — to build 1,100 units of housing, 550 of them affordable, on the lot. The property now is used as a parking lot for City College of San Francisco students.

“This has been a long time coming,” said Board of Supervisors President Norman Yee, who spearheaded the project at the board. The site is in his district. “We want to be building complete diverse neighborhoods, not just boxes for people to sleep. What I see here is an addition to our vibrant community.”

Of the 550 affordable units, 150 will be set aside for City College teachers and staff. The project will also include a community center, 4 acres of open space, a 100-slot child-care center — 50% of those would be set aside for low-income families — and $10 million in fees for transit and infrastructure improvements.

Tuesday’s approval caps off a decades-long effort that began in the 1960s to turn the empty lot into housing. San Francisco mayors Dianne Feinstein and Art Agnos were stymied by neighborhood opposition and resistance from City College staff and students looking to preserve the land for future expansion.

Before the board approved the project, dozens of City College faculty leaders and students spoke out against the project, both at a Monday news conference and at Tuesday’s board meeting. Some called for 100% affordable housing on the site or, at the very least, more than the 150 units currently allotted for City College teachers and staff.

Others also said the Environmental Impact Report failed to consider how the coronavirus pandemic has impacted the city’s public transportation system. As more people opt for private cars over trains and buses, they said students who can’t park at the school simply won’t show up.

“We cannot continue on with plans from pre-COVID-19 and build luxury housing when there are so many people on the streets,” Jess Nguyen, a student activist, said at Tuesday’s meeting. “We need to be anti-racist and build 100% affordable housing and prioritize Black and brown students.”

Supervisor Gordon Mar voted yes with the rest of the board on the development agreement, but said he could not vote for the land sale as he does not “believe it is a good enough deal for our city given the immense importance of this prime publicly owned site.” The sale price was $11.4 million.

“Unfortunately, I do not believe the Balboa Reservoir project is the highest and best use of our public land,” he said in prepared remarks. “I believe, with the will of the community, a better alternative is possible and achievable.”

While Yee said he would have liked to see a higher rate of affordable housing in the project, he said it was not financially feasible. He said the city’s need for housing was important to delay or shoot down the vote.

“I understand the desire for a 100% affordable project,” he said. “On the level of principle, I don’t think anyone in the board would disagree. But in evaluating all of the circumstances … it would not work for this particular project. We would have had to deplete the entire $600 million affordable housing bond that was just passed last year, and further resources.”

He also said he would have preferred a project that was less dense. But, he said, in this case “the public benefits outweigh the impacts.”

“I do not believe we will ever be satisfied. There will always be a reason to reject a proposal,” he said. “If we wait for the perfect project, there will not be one in the foreseeable future. And that would be a shame.”