New illustrations have been revealed for BART’s proposed redevelopment of El Cerrito Plaza in El Cerrito, Contra Costa County. The images were released ahead of the El Cerrito city council meeting tonight at 7 PM. The transit-oriented project would create 750-800 new apartments ranging from market rate to low-income housing. Holliday Development, Related California, and SAHA are responsible for the development. 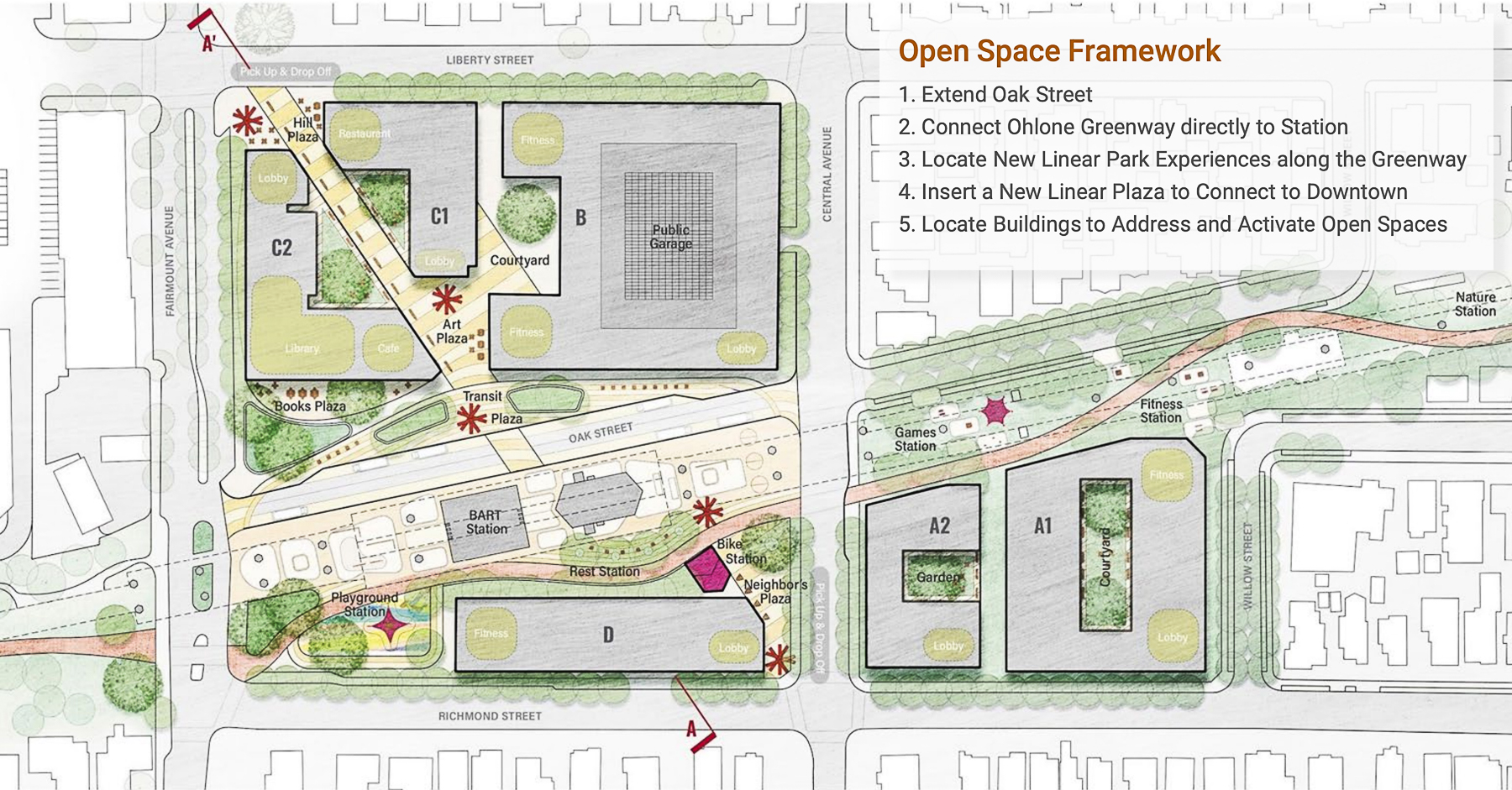 The new plaza development would rise at least seven floors, per California’s Assembly Bill 2923. Of the approximately 750-800 units, between 280 and 300 units would be affordable housing, and 94 units for middle-income households. Other project amenities will include a commercial space or library, public open space with arts, and improved access to transit. 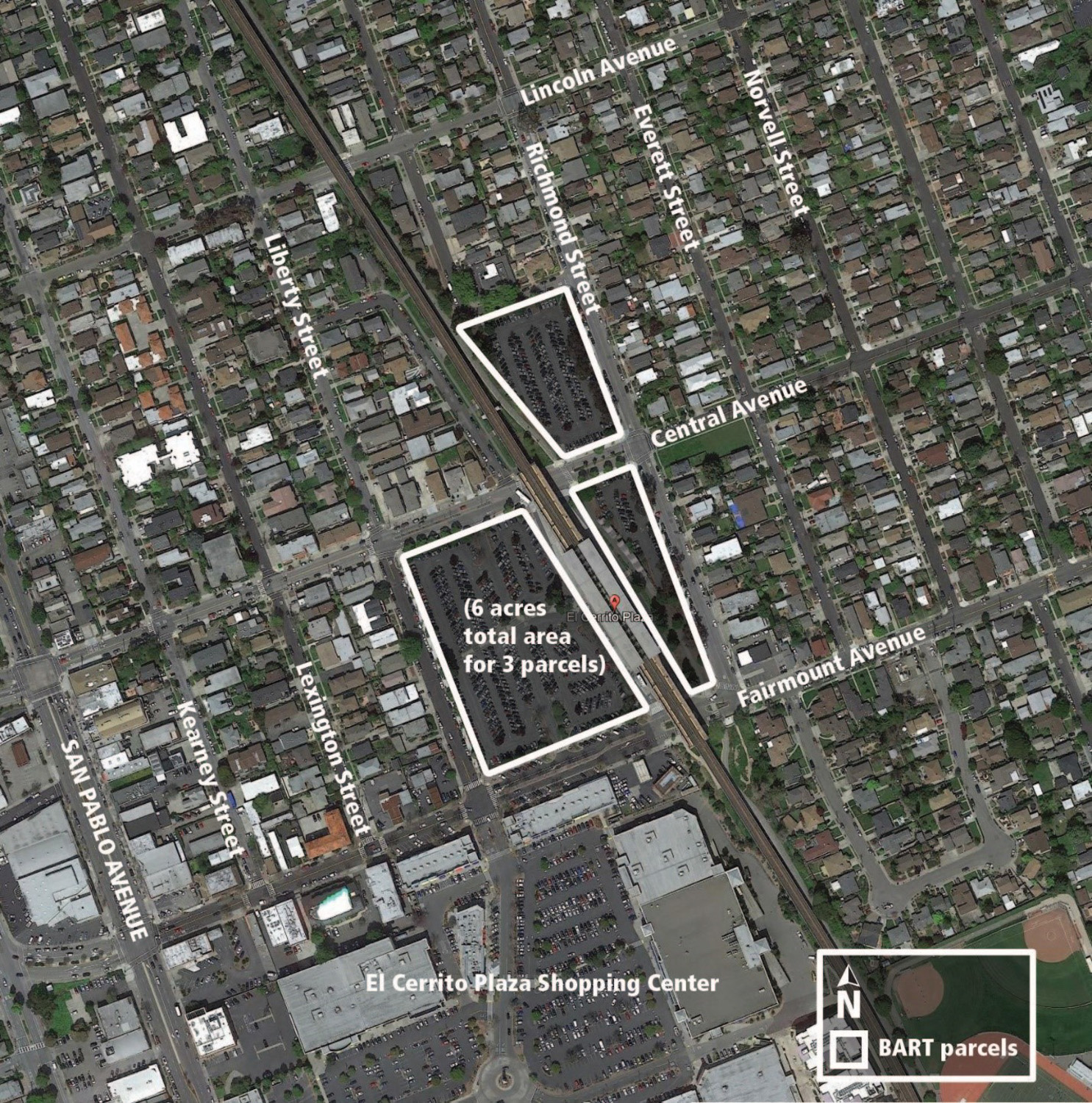 The proposal will redevelop three parcels around the city’s BART station with six structures. Architectural design will be co-led by PYATOK and VMWP Architects, with Einwiller Kuehl involved as the landscape architect. 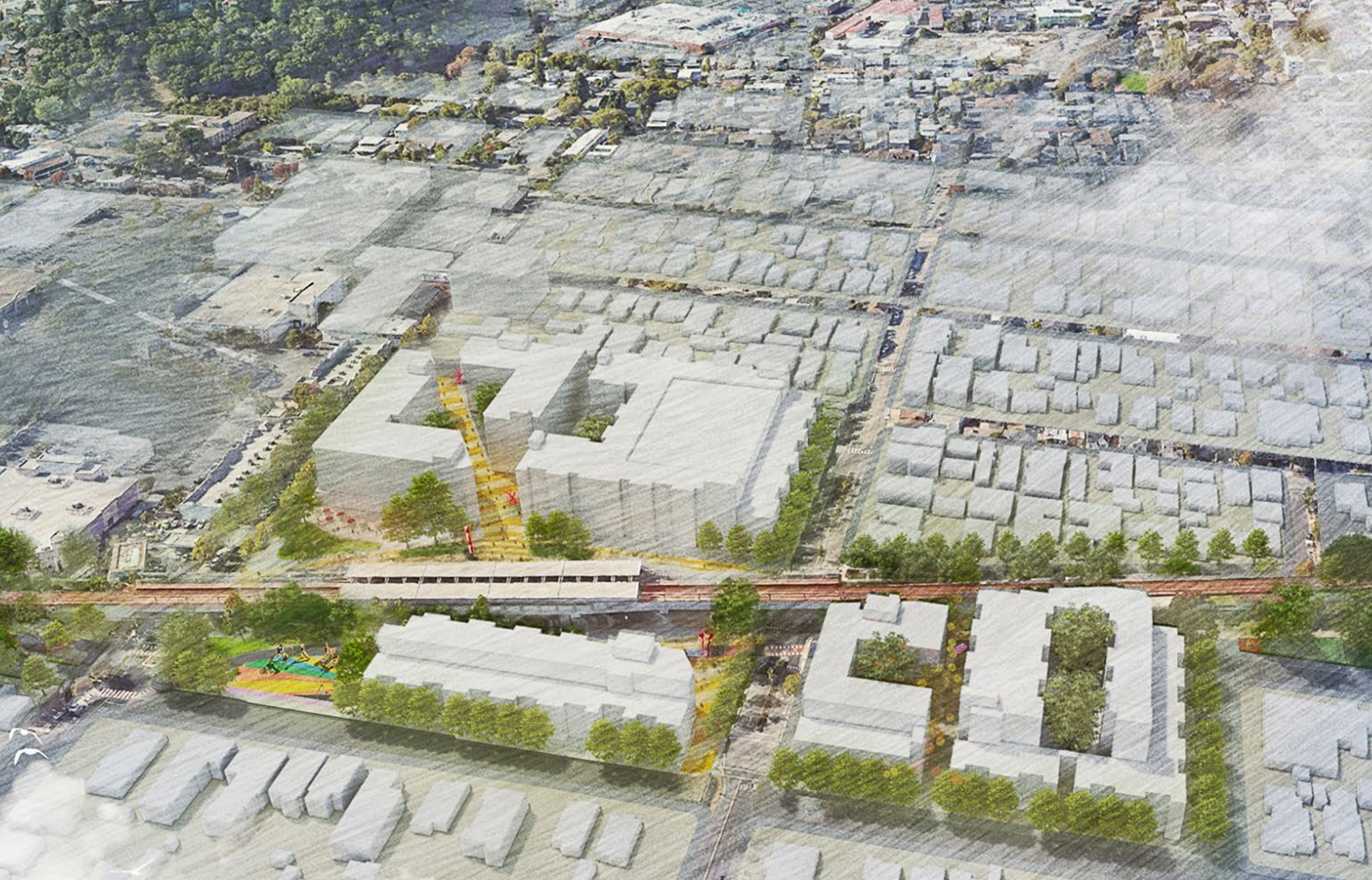 The project will be managed by the joint development team and overseen by BART. For tonight’s 7 PM meeting, the City Council will listen to a project presentation from the development team and public comment. For information on how to join, visit the meeting agenda here.