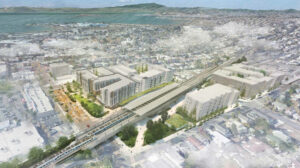 New renderings have been published along with greater detail about the proposed mixed-use El Cerrito Plaza in Contra Costa County. The project could create as many as 800 homes, a park, and a potential new library on top of surface parking around the El Cerrito BART Station. Holliday Development and Related Companies are joint developers. 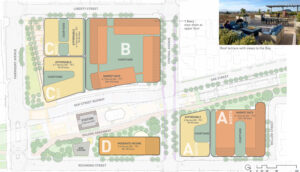 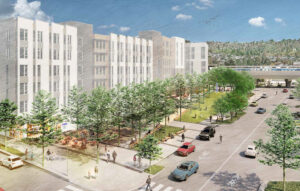 Phase 3 will start in 2026 with 70-90 units of affordable housing in Building C East, 80-100 affordable units in Building D, public open space next to both projects, and the 20,000 square foot public library in the base of Building C East. Running along the BART train tracks, the third phase will also see updates to the Ohlone Greenway, a 4.5-mile trail that extends from Berkeley to Richmond. 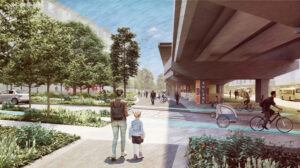 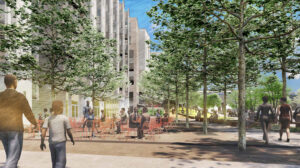 The inclusion of the library was passed in a 2019 City Council Resolution. The application specifies that “the City has embarked on a separate, but related, public process to evaluate the feasibility of including a library as part of the project.” 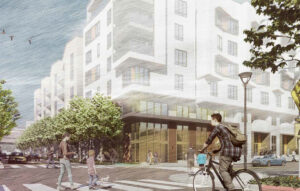 SAHA is the co-developer of affordable housing. Both PYATOK and Van Meter Williams Pollack Architects are co-architects for the development, with Einwillerkuehl in charge of landscape architecture. Factory_OS will be an off-site contractor, UPP is leading entitlement and community engagement, and Monica Wilson is consulting for small business procurement.

Related and Holliday expect construction will start by next year, with staged delivery of the various phases throughout this decade. An estimated cost has not yet been established.