Members sign off on spending $1.45 million to participate in project 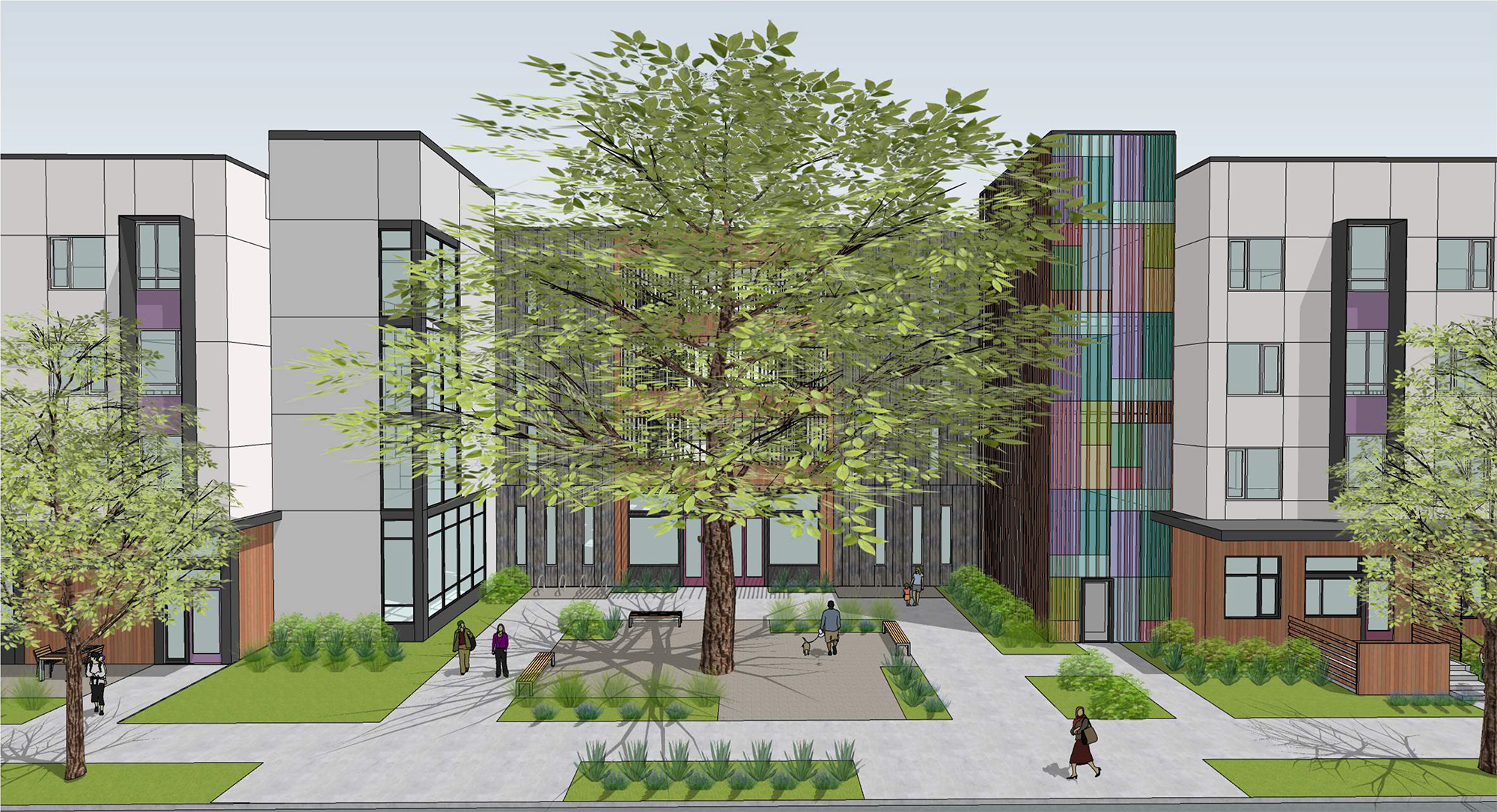 Years in the making, Palo Alto Unified’s school board formally approved plans to participate in a subsidized teacher and staff housing project on Tuesday, Jan. 17.

The board voted 4-1, with Todd Collins dissenting, to spend $1.45 million to gain access to 29 units of employee housing at 231 Grant Ave. Spearheaded by Santa Clara County Supervisor Joe Simitian, the 110-unit project is being built on county land across the street from the Palo Alto Courthouse near California Avenue and the apartments are being offered to school districts throughout the area.

At a cost of $50,000 per unit, the school district won’t be purchasing the apartments themselves, but rather buying the right for their employees to access them. School district staff would apply to rent the units and get selected through a lottery system. They would then pay rent to Mercy Housing, one of the nonprofit developers that the county is working with.

The project is an attempt to offer a more affordable housing option to educators, who often have trouble living near the schools where they teach, supporters have said.

“To be able to get access to something like this, for such a reasonable amount of money is a huge benefit, and we are very grateful,” board President Jennifer DiBrienza said.

The plan is currently to use the district’s general fund to pay the project’s $1.45 million price tag. Since the district doesn’t own the units, there’s a question as to whether bond funds can be used to pay for it, DiBrienza told this news organization.

Lawyers are still reviewing whether bond funds could be used and if it’s determined that this would be an appropriate use, Superintendent Don Austin told the board that he would suggest bringing the issue back for the members to consider.

The fact that the money is coming from the general fund is one reason why Collins voted “no” on the project. For $1.45 million, the district could offer $10,000 signing bonuses to 145 employees in hard-to-fill positions, Collins said. He also objected to the fact that Palo Alto is getting more units than other districts, despite having what he described as less of a problem recruiting and retaining teachers. According to Collins, Palo Alto was offered a greater number of units largely because the district asked.

“It seems both suboptimal and basically unfair that the district that has the least need is getting the most subsidy,” Collins said.

DiBrienza noted that a survey conducted by Palo Alto Unified showed 292 employees with interest in the project. How many qualify will depend on their overall household income. For a studio apartment, a single person would need to earn at least $70,800, according to a report from district staff. A family of four could earn a maximum income of $235,900. Palo Alto’s 29 units are expected to be divided among eight studios, 16 one-bedrooms and five two-bedrooms.

Teachers’ union president Teri Baldwin spoke in support of the project at Tuesday’s board meeting.

“This is really invaluable for some of our teachers, especially our newer teachers,” Baldwin said. “I know having lived close to Palo Alto, it’s great to be part of the community, and a lot of teachers can’t do that because they have to travel so far away.”