Without so much as a press release or ceremonial groundbreaking, the biggest housing project in the history of Potrero Hill got under way this week on a weedy lot on the southwest corner of 25th and Connecticut streets.

Construction started so abruptly that even longtime residents were surprised.

“People keep asking me, ‘What’s going on down there?’ They don’t believe it,” said Anna Mena, who lives in public housing on Potrero Hill. “Think about it — 10 years they been hearing ‘rebuild, rebuild, rebuild.’ Why would they believe it all of a sudden? It seems too good to be true.”

It is true. After a decade of planning, the so-called Hope SF project on Potrero Hill is ready to go. The ambitious plan is to transform an isolated public housing development into a denser, mixed-income neighborhood over the next decade. The project will include 619 units of replacement public housing, along with 187 below-market rate housing units and another 817 market rate units that will be a mix of rentals and condos. 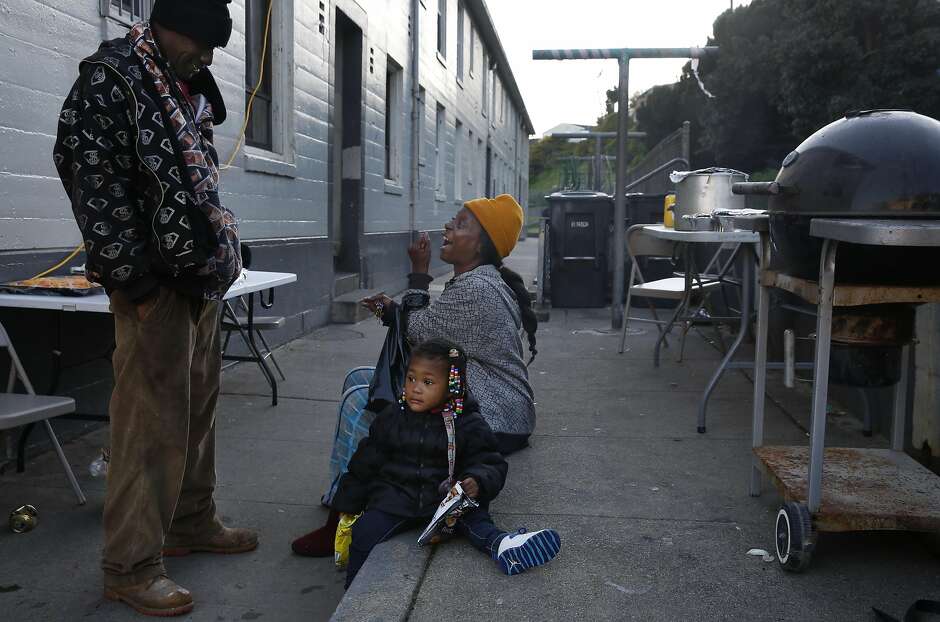 The project was one of two Hope SF projects the Board of Supervisors unanimously granted initial approval Tuesday. The other, Hope SF Sunnydale in Visitacion Valley, calls for 775 public housing replacement units, 219 new affordable units and about 600 market-rate units. In addition, there will be 6,200 square feet of commercial space, 46,300 square feet of community space, and 11.5 acres of parks and open space. Both projects will be funded with a combination of federal affordable housing tax credits, tax-exempt bonds and public subsidies.

Supervisor Malia Cohen, whose district includes both Potrero Hill and Sunnydale, said the approvals represent a new era for two of the city’s most impoverished and underserved corners.

The projects in Potrero Hill and Sunnydale are the third and fourth in the Hope SF program, which also includes the rebuilding and expansion of the Hunters View and Alice Griffith developments, both of which are under construction. In total, the four Hope SF projects consist of 1,900 new public housing units and 2,100 units that will be a mixture of market rate and affordable.

The Hope SF approach is a departure from earlier urban renewal schemes because at the core of its plan is the idea that existing residents will not be made to move. In contrast to the Fillmore redevelopment of the 1960s, where 8,000 residents were forced to leave their homes and 6,000 structures were demolished, Hope SF builds first — existing residents are moved into new buildings before the old, dilapidated ones are torn down.

To pull this off, the Potrero and Sunnydale development groups have purchased adjoining parcels to construct a first phase of housing before any demolition starts. On Potrero Hill, Bridge Housing is starting with 72 units at 1101 Connecticut St. — the parcel where construction started this week — while at Sunnydale, developers Mercy Housing and Related of California have acquired 1491 Sunnydale Ave., which will become home to the first 55 replacement units.

“These are low-density sites compared to the rest of San Francisco but, the way they are laid out, it’s hard to find a place to build without relocating folks first,” said Dan Adams, project manager for Bridge.

Ramie Dare, project manager for Mercy Housing, said work on 1491 Sunnydale would start in a little less than a year, with the next phase, 170 units, commencing as soon as the new building opens.

Beyond the replacement units, both development groups are committed to building entire new neighborhoods — open space, recreation centers, health centers, and facilities for day care and after-school programs. They will have new streets and sidewalks and streetlights and water and sewer systems that will be integrated with the rest of the neighborhood.

While the Hope SF program started with housing, the ultimate goal is to create communities that are part city in other ways as well. The Partnership for Hope SF, led by the San Francisco Foundation and Enterprise Community Partners, is spending $15 million over five years on improving health care, education and economic mobility in the four communities.

One such effort, focused on school-age children in the Hope SF developments, has helped cut chronic school absenteeism from 53 percent to 27 percent. Another trains residents to lead their peers in health-focused support groups — these can focus topics such as nutrition, exercise and sober living.

“These are communities that have been geographically, socially and economically cut off from San Francisco,” said Ellie Rossiter, who heads up the partnership. “The physical revitalization is absolutely critical in the kind of transformation we want residents to experience. But housing itself is not sufficient. It requires an approach around the families in the communities.”