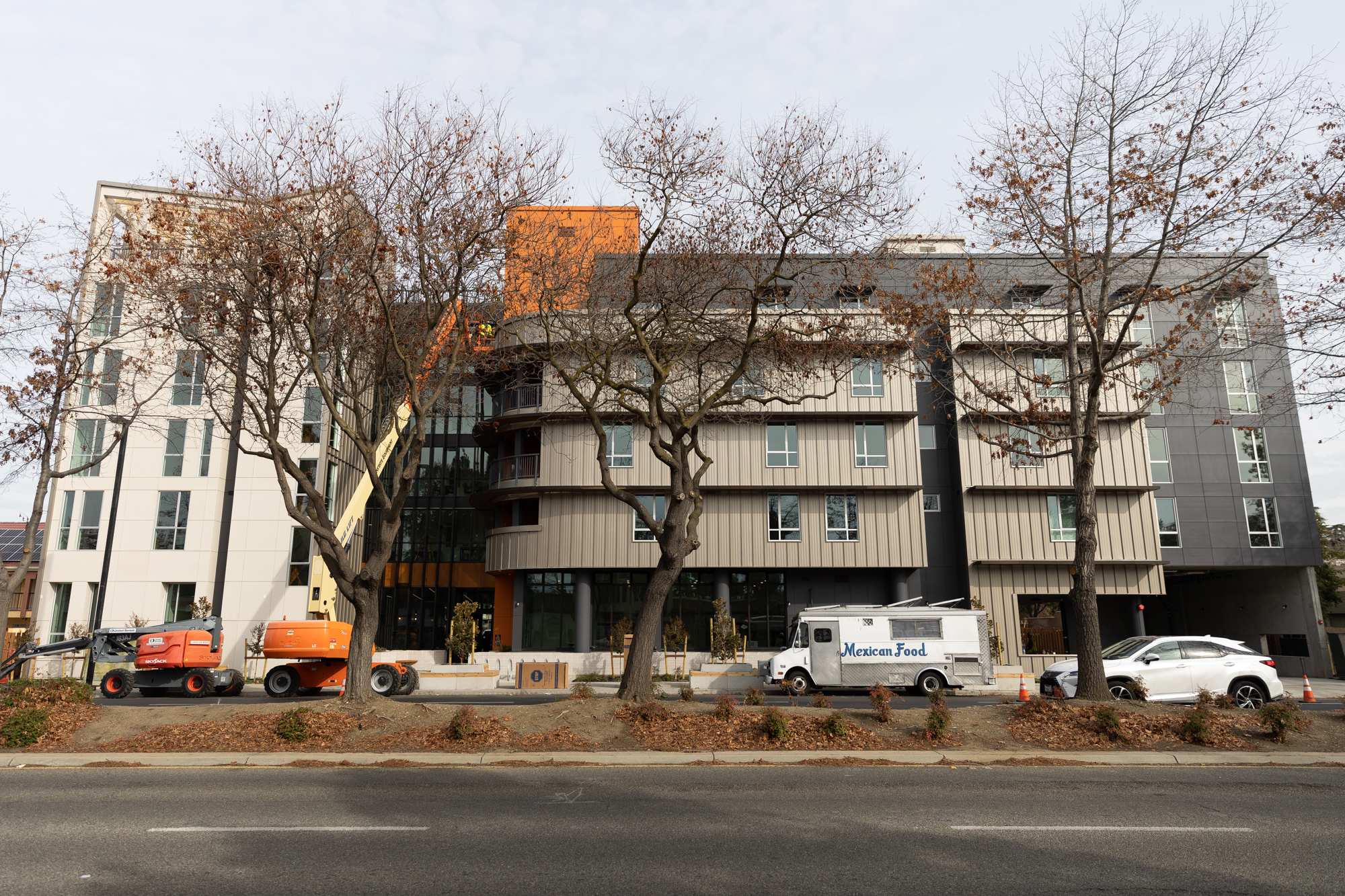 Wet paint, heavy equipment and exposed wiring still fill the new housing development at 950 W. El Camino Real in Mountain View. But within the week, it will be home to dozens of people in need of an affordable place to live.

The Luna Vista apartments mark the latest addition to the city’s limited supply of affordable housing, opening its doors as city officials search for ways to build thousands more units just like it. Luna Vista has 70 studio apartments for residents making well below the area’s median income, including 15 units reserved specifically for adults with developmental disabilities.

The project is located on prime real estate near downtown Mountain View and a short walk from public transit, replacing a Taco Bell with high-density housing. The 70-unit development’s density works out to the equivalent of 117 units per acre — far more than most housing in the city. Though each compact unit is a 400 square feet, they’re all designed to “live larger,” with fold-out tables and curtain-covered closets, said Diane Harvey Dittmar, Alta Housing’s project manager. 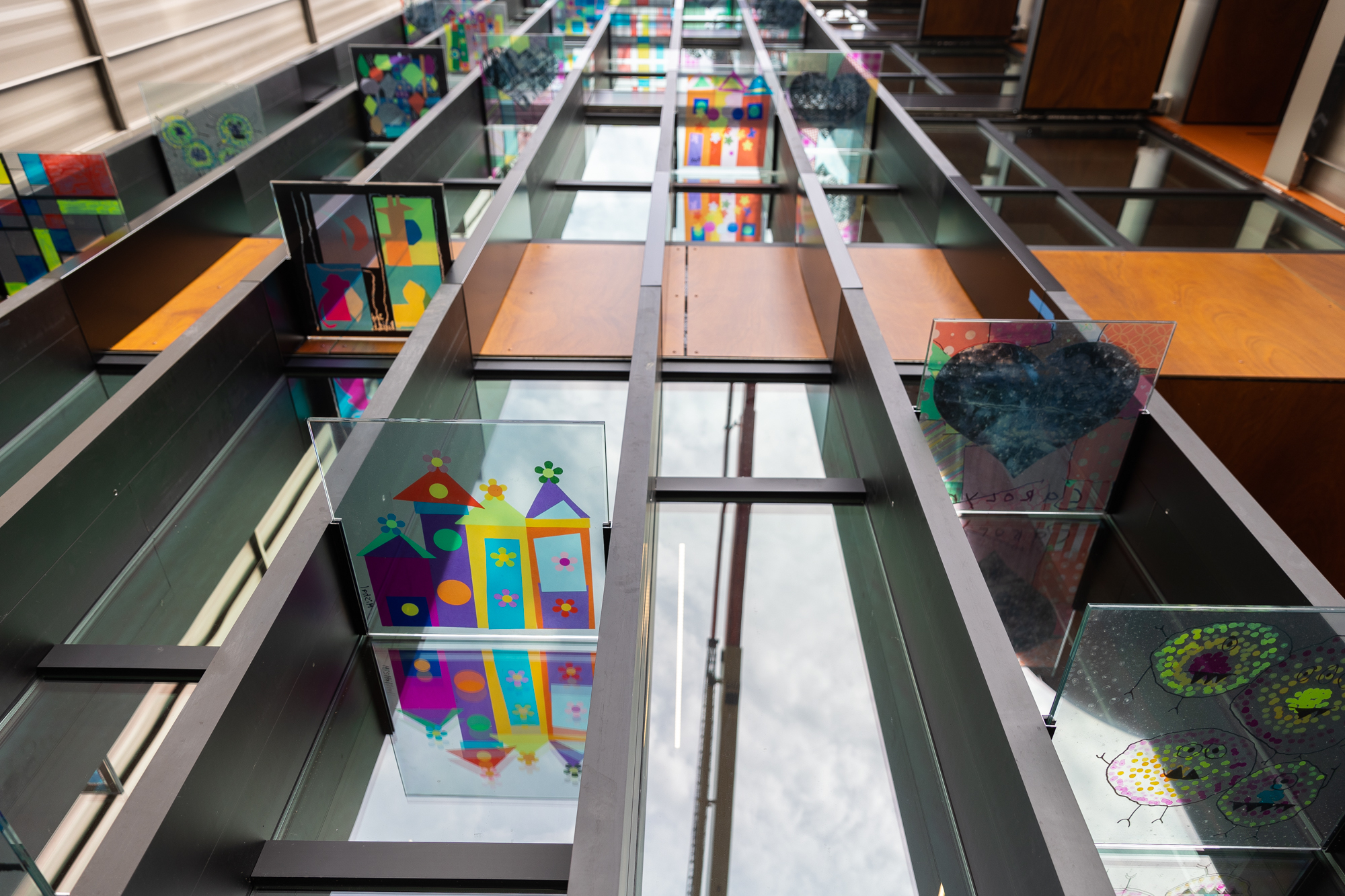 Artworks on glass panels designed by clients from the Morgan Autism Center hang from the front of the Luna Vista apartments in Mountain View. Photo by Magali Gauthier.

Hanging from the front of the building are glass panels that project colorful artwork based on the direction of the sun. Artwork for Luna Vista was designed by clients from the Morgan Autism Center.

While under development, Luna Vista had a reputation for being extremely expensive to build, coming out at more than $700,000 per unit and requiring a city subsidy exceeding $22 million. Despite the huge need for affordable housing, the $49.4 million price tag on the project was enough to give Mountain View City Council members heartburn.

At the time, Alta Housing officials cited the high cost of land as the culprit, but since then construction costs have soared as well. Recent projects to come before the city, including one on La Avenida and another on Montecito Avenue, cost a comparable amount per unit.

Though cost-conscious and careful to keep the price down, Alta Housing CEO Randy Tsuda said they didn’t skimp, and strategically used extra money to create a “great” living environment to serve tenants regardless of their income. Added amenities including a communal lobby and balcony on every floor, along with a spacious roof deck with a view that extends to the Bay.

“It proves you can do that for an affordable project, not just in the expensive market-rate projects that we’re seeing,” Tsuda said.

Rather than create a box-shaped building mirroring other residential development down El Camino, Tsuda said there was a strategic use of warm materials and a large, curved feature on the front. The design was inspired by some of the older buildings that used to exist on El Camino, Tsuda said, similar to the streamlined modern style of old drive-ins and gas stations. 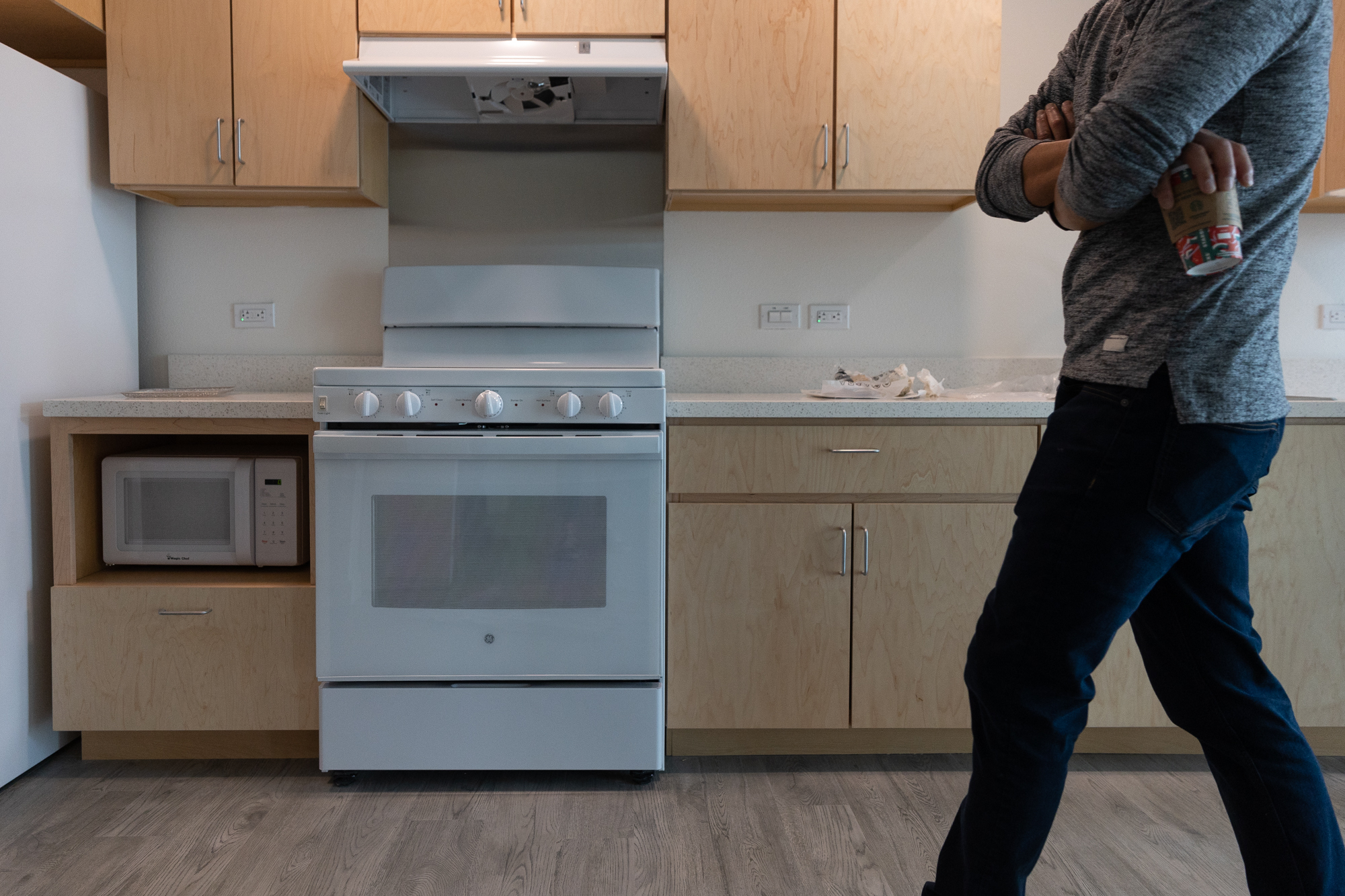 A visitor walks by ADA compliant counters in a studio at the Luna Vista apartments in Mountain View. Photo by Magali Gauthier.

Relative to other cities in the Bay Area, Mountain View has built a significant amount of housing in recent years, including hundreds of units for low-income residents and families. But it still falls well short of affordable housing targets set forth by the state. Between 2015 and 2023, the city was asked to build 1,833 deed-restricted, below-market rate units, but city staff reports from earlier this year show the city had only issued permits for 448 units — less than a quarter of the target.

The shortfall doesn’t bode well for the city’s newest housing goals. California’s Regional Housing Needs Assessment (RHNA) calls for Mountain View to zone for 11,135 new homes, which includes a target of 6,255 deed-restricted units for lower-income households — an order of magnitude more than what has historically been built in the city. Early strategies for meeting that ambitious target include finding new funding sources and partnering with other agencies to help pay for the high cost of housing.

Alta Housing, for its part, is expected to be one of the players to help Mountain View reach its affordable housing target, with plans already in the works to redevelop a downtown parking lot and build a 105-unit complex next door to Public Storage. 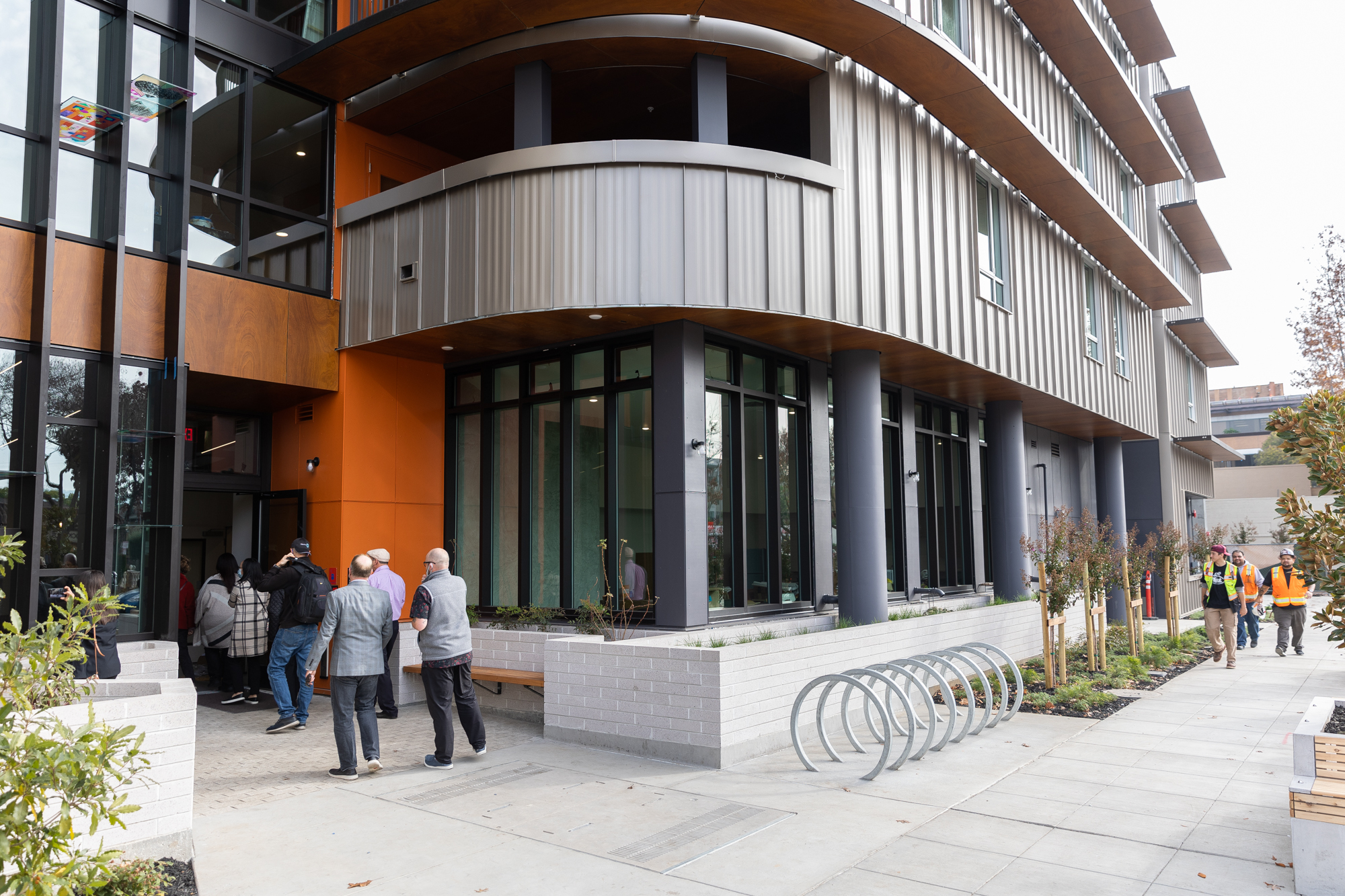