The resolution recommended by the Planning Commission, zoning study task force and city staff approves the new design standards and the first reading of an ordinance amending city code related to design standards.

Eight months of collaboration between the city, consultants and residents guided the writing of a design standards handbook, which was put together by architecture and urban design firm Van Meter Williams Pollack. 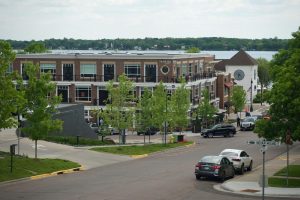 [Emily] Goellner, the city’s community development director, said the handbook is meant to be an easy-to-read reference for designers, architects and builders who are considering a project in Wayzata.

The early goals of the design update, Goellner said, were to receive input through a community survey while working to develop recommendations based on best practices in the field of architecture and urban design.

“This work is innately complex and it will require that designers probably have to work on their application extensively before it reaches a point where it complies with all of the features of our ordinance,” Goellner said. “And I think that meets the vision that we really have to manage thoughtful development and have small-town charm in Wayzata.”

Andrew Faulkner, an urban designer with Van Meter Williams Pollack, noted that design standards differ from the city’s zoning ordinance, which is also in the process of being amended.

Nearly 400 residents provided input through a community preference survey. Based on the feedback, Faulkner said, the consulting firm worked to address the conflict between large building footprints and the small-scale charm that many residents want to see in Wayzata.

“The single most prevalent comment we received was one concerning mass,” he said. “And to our eye, and through discussions with the zoning task force, we really discovered that the most recent generations of development are producing very long buildings. They do have a three-story height limit, but the buildings are vastly out of scale with the traditional fabric of the Lake Street and Bluff districts.”

To ensure development at an appropriate scale, Faulkner said, the design firm proposed a system of building massing breaks and recesses to break up the scale of larger projects. This includes implementing a guideline that buildings should be no longer than half the length of a traditional 280- to 320-foot Wayzata block.

Another primary concern of development along Lake Street is visual access to the lake. Faulkner said massing break requirements every 150 feet are included in the new design standards for buildings along the south side of Lake Street as well as in other design districts for structures located on a public right of way.

Smaller recesses in buildings will also work to reduce the impact of longer buildings, Faulkner said, and provide more space for outdoor dining, seating, landscaping and other ground-level amenities.

The updated design standards also include guidance for upper story stepbacks, a minimum of 10% the length of the frontage length, meant to reduce the perception of mass.

Other elements in the new design standards handbook include design guidance for facades, roofs and open spaces as well as direction on building materials, landscaping, lighting and signage.

To review the handbook in its entirety online, visit bit.ly/3gdJlGg. The handbook begins on page 84. 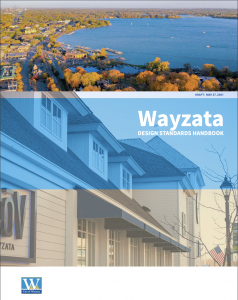 The council was generally supportive of the design standards update, with one note to strike a provision that would have prohibited certain signage.

“I think it’s a wonderful document,” said Councilmember Jeff Buchanan. “I think it takes us so much further from where we are today.”

The sole vote against the resolution approving the new design standards and code changes came from Councilmember Cathy Iverson, who stated that she wanted to see more work on the guidance for landscaping.

“I still think it could use a little bit more detail. … That would be a section I’d like pulled out,” she said.

There will be a second reading of the ordinance amending the city code at the council’s June 15 meeting. The council, at a future meeting, will then consider moving ahead with an agreement for consulting services for the implementation phase of the new ordinance.

Copyright © 2021 at Sun Newspapers. Digital dissemination of this content without prior written consent is a violation of federal law and may be subject to legal action.