After years of planning, a land transfer and approvals, construction is underway on the $55.9 million senior services campus and affordable housing site in downtown San Rafael.

Vivalon, formerly known as Whistlestop, is working with Eden Housing to bring 67 affordable residences for seniors and a community center to the former Pacific Gas and Electric Co. site at 999 Third St. Crews have begun digging trenches to lay the foundation on the 3-acre lot. 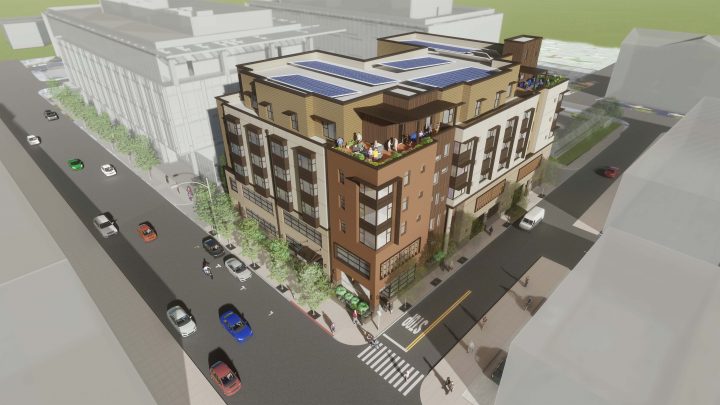 “This project fills such a need for older adults that really hasn’t been approached in this way before,” said Anne Grey, chief executive officer of Vivalon. “This project is to serve all of Marin County, and we’re thrilled that it’s in the heart of San Rafael.”

The project is part of the joint application with the pharmaceutical company BioMarin, which bought the property in 2015. The company is going to build a pair of four-story, 72-foot-tall office buildings on the site.

Part of the project approval requires BioMarin to provide annual progress reports to the city. At the City Council meeting on Monday, city planning official Ali Giudice said BioMarin has complied with the development agreements.

In 2020, BioMarin officially donated the northwestern portion of the site to Vivalon, a land transfer valued at $1.3 million, according to the city. BioMarin has also completed remediation of the western part of the site, said Giudice, director of the Community Development Department.

The company has made $400,000 out of $900,000 in payments to the city toward a project to synchronize traffic lights along the Second and Third Street corridors, among other traffic improvements, Giudice said. BioMarin and the city have negotiated an agreement for temporary public parking. 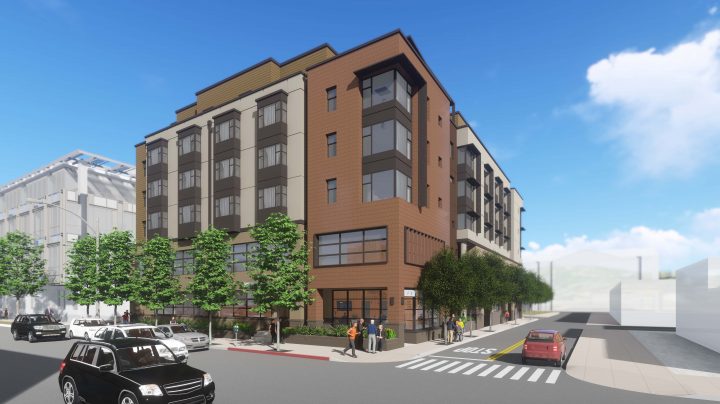 Shar Zamanpour, BioMarin’s campus planning director, told the city the original plan was to build one building within six years of approval, and the second within 10 years. Once completed, the complex will provide space for about 550 new workers and will be a major expansion to BioMarin’s downtown San Rafael campus.

“We are doing our very best to be ready and pull the plug and start construction as soon as we know the demand is coming, so we are prepared,” Zamanpour said. “But the pandemic and the remote work comes into the formula.”
Zamanpour said the company hopes to have a better timeline in the next couple of progress reports.

Vivalon and Eden Housing’s “healthy aging campus” will be a six-story, 70-foot tall building. Vivalon plans to operate a senior center on the first two floors of the building, while Eden Housing will own and operate the 67 apartments designated for low-income seniors on the four floors above.

The senior center will include medical facilities, a cafe and meeting rooms. Vivalon plans to offer classes and activities for older adults at the center.

The affordable housing buildout will cost Eden Housing $41.2 million, which is being funded through donations and grants.

Council members said they have been happy with the partnership between city and the project leaders.

“I think we all understand and appreciate the mission and vision of what BioMarin brings to this world,” Councilmember Eli Hill said, adding that the project “will continue to bring jobs and vibrancy to our community.”

Mayor Kate Colin said, “Vivalon’s high-quality programming will continue to serve older adults throughout all of Marin as they help people to thrive as they age. And Vivalon’s new affordable housing units will enable residents to stay in our county. We are incredibly fortunate to have this visionary organization in our community.”

Vivalon and Eden Housing are planning an invitational groundbreaking ceremony on June 3. The site is expected to be ready for occupancy in December 2023.