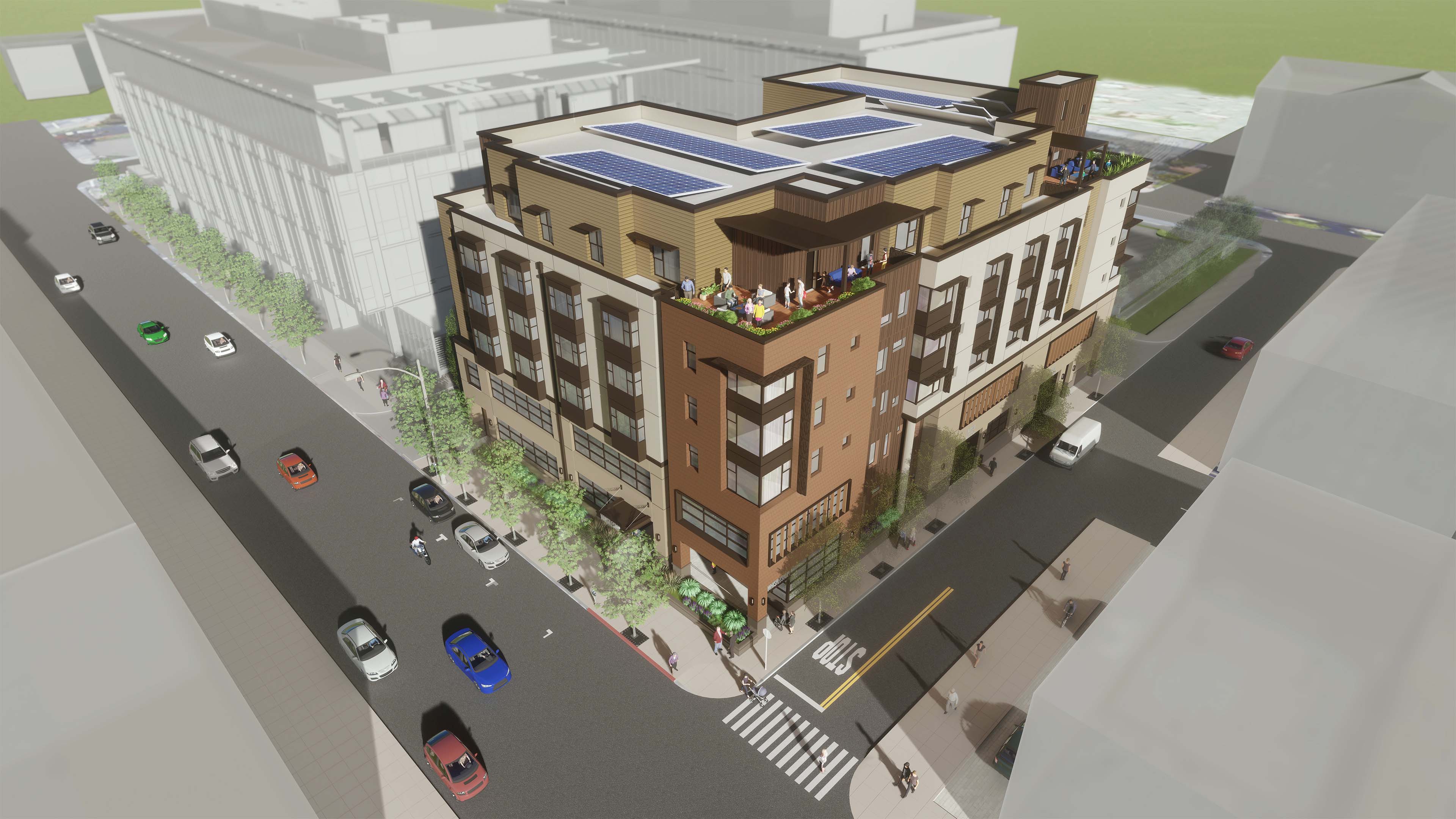 Canal Alliance will receive $400,000 toward the acquisition of an apartment building in the Canal area to convert to affordable housing.

The City Council unanimously approved the funding on Monday.

“This is awesome to be able to celebrate these incredible projects,” Mayor Kate Colin said.

“It feels so good to see these things being brought together,” Councilwoman Maribeth Bushey said. “It is a pleasure to see these projects and the funding that we’re in a position to offer to them at this point.”

The money is coming from the city’s affordable housing trust fund. Within that trust are two accounts, a “low/moderate fund,” which is available for projects for low and moderate incomes, and a developer in-lieu fee fund, said Alexis Captanian, a city housing analyst.

Developers pay into the in-lieu fund to bypass San Rafael’s inclusionary housing requirement, which mandates that 10% of homes in large developments be sold or rented at below-market rates. City officials in some cases agree to lower the requirement in exchange for payments into the trust fund.

There will now be $11,169 remaining in the low/moderate fund and $1.838 million in the in-lieu fee fund, Captanian said.

Two of the recipients previously received funding from the city through a similar process for their projects. Those payments included a $750,000 grant to Homeward Bound for the Mill Street project and an $800,000 loan to Eden Housing for the Third Street project.

The Homeward Bound project will offer permanent supportive housing for the homeless. It is under construction and due to be complete in August. The nonprofit applied for gap funding to support the $10.87 million project.

“It’s really taking shape, the sidings are on now, the windows are in,” said Paul Fordham, co-executive director of Homeward Bound. “Inside, you can see the rooms coming together. You can just imagine people who are currently within a place to call home moving in and really finding themselves there and having a safe place to be.”

The gap funding “would push us significantly towards the finish line,” he said.

The development at 999 Third St. is the senior services and housing project being done in partnership with Vivalon, a San Rafael-based senior services nonprofit formerly known as Whistlestop. Eden Housing will be granted its full request to bolster its funds of about $47.26 million for the project. Construction is expected to begin in April and be completed in the fall of 2023.

Eden Housing also requested $1.8 million for its Kerner Blvd. project, but netted $850,000. The project calls for transforming the vacant office building into 40 residences for homeless people with on-site supportive services. The project is estimated at about $30 million. Construction is set to begin in spring 2023 and take about a year to complete.

The Canal Alliance project would provide 25 to 30 affordable apartments. The nonprofit is looking to acquire and renovate a complex on Belvedere Street or in the area “so that families could live with dignity,” said Omar Carrera, CEO of Canal Alliance.

“Although our proposal doesn’t have new units, it really responds to the reality that many Canal residents face: The fact that they are paying over 60%, 70% of their income in rent,” he said

“We do understand this is a very unusual situation that we don’t have control of the property, but we’ve got to be competitive and the market is complicated,” he said. “And I think this loan provided by the city … will allow us to be more competitive.”

The nonprofit asked for $800,000 to support the acquisition for the project that is expected to cost over $6 million.

Captanian said the nonprofit also applied for funding from the county’s permanent local housing allocation funds for the same project. With that in mind, staff recommended a $400,000 award and that the council support the nonprofit’s application to the county for a match.

If the nonprofit is unsuccessful obtaining the county grant, the city could award another $400,000 from the affordable housing fund, she said.

Council members agreed that the project is worth supporting, and they would make the additional funding available, if needed.

“We have such confidence in the Canal Alliance, and they’ve been so clear about their strategy to support low-income folks and the immigrant folks they support in the community,” Colin said.